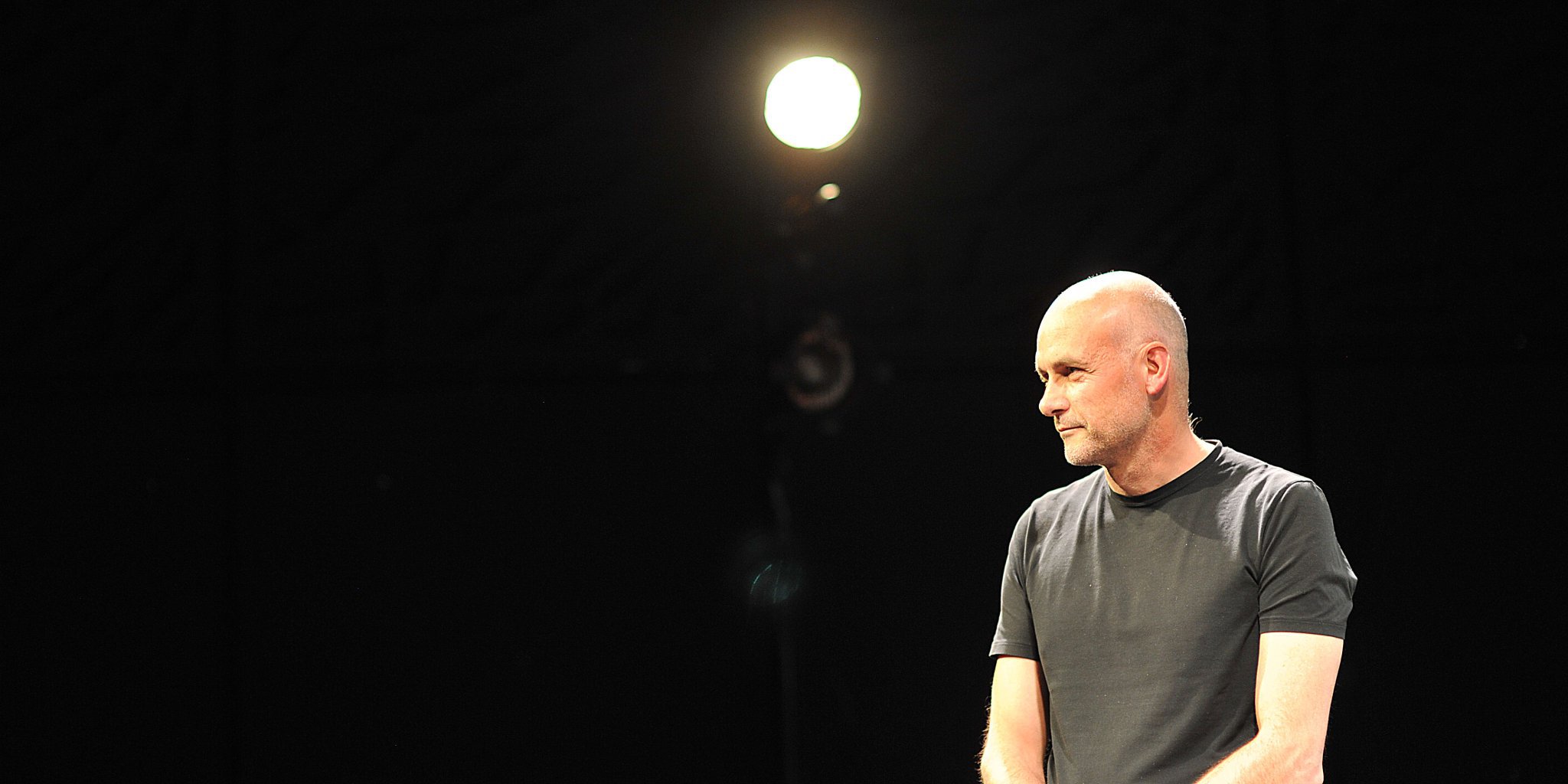 On 11th May I tried out something I’ve been wanting to do for a while. I gave a “talk” to an audience of about a hundred people, as part of Inexpert 2018. It was different though. I was on stage for the nearly eight minutes and didn’t talk.

It was an experiment, both for me and for the audience. So, what did I learn?

The most obvious thing was that, in the absence of any speech, every movement was noticed and analysed. As one observer said – “When you raised your eyebrows at that moment, I… well…”

Every time I moved I probably also made it easier for the audience. At least they got something to focus on.

Most of what I do when I talk normally is spontaneous and because I am focussing on the words, the movements I make are probably mostly subconscious. Here, I got the chance to be more intentional with my movements. That alone made this interesting.

One big lesson for me is that I would move even less if I did this again.

One audience member pointed out that the more I moved the more I lowered my status. It got easier. A still, silent, high-status speaker might have been unbearable.

In that watching paint dry scenario, micro details matter; our attention is on red alert.

The discomfort factor was something I wanted to explore. Normally when you are speaking, a moment of silence feels forever and can put you on the back foot. It feels like we’ve messed up; run out of clever things to say.

Surely it is me, the silent one on the stage, who should feel uncomfortable?

Oddly, I didn’t feel this. Nobody knew what was coming and the feedback was that the early part was the most difficult for the audience. One person said that they had to control their breathing in order to stop their anxiety rising.

It was the audience who were uncomfortable.

People have been telling me that although they felt highly anxious during the first few minutes, after a while they started to get more relaxed. They seemed to get into what was happening and started to enjoy the experience. I wonder if this is what happens with much of what makes us uncomfortable in life generally; once we sit with it for a bit, it gets easier. As we stay with discomfort for a while, our comfort zone expands.

What I am hearing again and again is that a lot of the audience got to a place where they really enjoyed the silence. It was a space for reflection.

What is more, we shared it. It was ours. That is a nice thing to hear.

Midway, I shut my eyes for nearly a minute. I wanted to try this as I’d been told that disengaging completely would make the discomfort worse. Most people I talked to afterwards said this made it easier. Damn! That wasn’t what I intended.

I must admit that I did start to quite enjoy shutting my eyes. So also did one observer who said he kept his eyes shut until nearly the end. I can only think that he must be curious to know what he missed.

What I really enjoyed with my eyes shut was the silence was complete. Or was it? I did follow my breathing and I did listen to the sound; not something I normally get to do in a talk. I was told that someone who made a small sound when they adjusted their chair immediately apologised as if they’d upset the dead.

I had no idea or plans for what I would have done if I’d been heckled but something in the room, a convention perhaps or a mood, seemed to prevent that.

One person did get up to give me a hug and another shook my hand. That was lovely but it was also interesting for me. It’s not something I’ve ever seen in a talk but both people had a feeling they wanted to do this and I’m interested where these feelings came from.

Indeed, the difference between what I felt (very little) and what the audience felt was marked. Talking to people afterwards it soon became obvious that most of what people were feeling (quite a lot it seemed) wasn’t something that originated with me. Often, we transfer our own feelings onto others and perhaps this was what was happening here.

As you might guess timing was not a problem. There was a clock and when I was asked how long I wanted to speak for I knew the answer straight away: seven minutes. I have no idea why seven minutes especially as I could have asked for more or sufficed with less. I am pleased however that I over-run. It did seem essential to watch the clock run into red and know I wasn’t yet done.

Contrary to what you might think, I did prepare for my silence and I did have nerves. I spent the morning before in quite a meditative state in order to be in what felt like the right zone.

I did think roughly about what I was going to do although I now realise preparing for a silent talk is like anything else in life; difficult to do when you haven’t done anything like it before.

The thing that I knew I had to do differently was the end. I couldn’t just stop and sit down. It felt wrong. So, I ended with a double bow and then disappeared into the stage; in a different direction from everyone else. I was amused to hear that there were people who continued to worry about where I’d gone and whether I was alright.

It’s us and silence that I’m interested in. Why is silence so hard? And how can we do more of it to experience its raw power?

Part of the reason for writing this is that I’m interested to hear what others, if they were there, felt. It strikes me that this is all part of the experiment. Even if you weren’t there and have a view it would be great to hear (on this separate post).

Thank you to Steve Chapman and the team at Inexpert 2018 for the opportunity to do this.