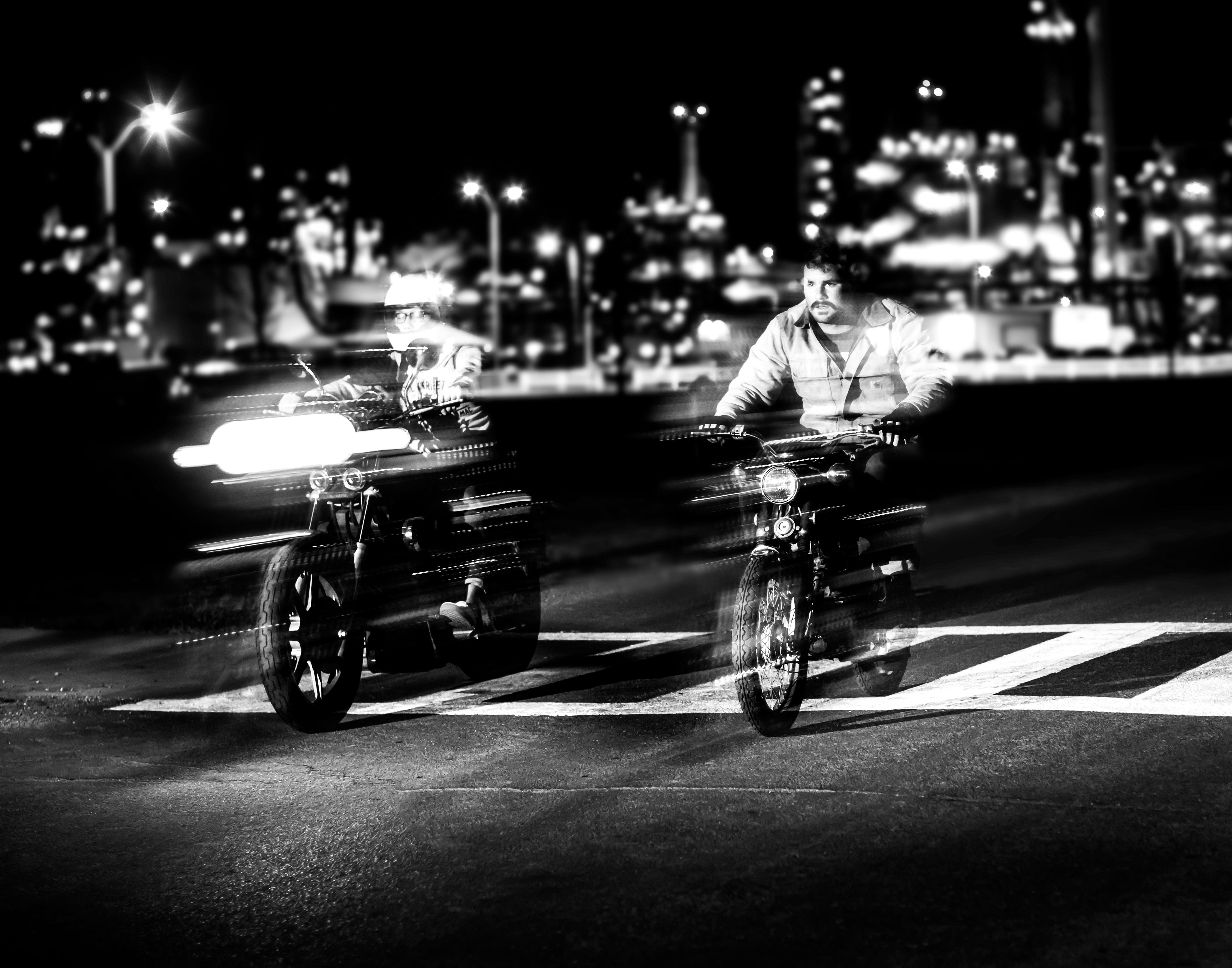 The “Shim” question in Zen and the Art of Motorcycle Maintenance poses a dilemma. Pirsig’s narrator knows that he and fellow rider John differ in how they approach the mechanics of the motorcycles they are riding. John is just not interested in the workings of the cycle itself, whereas the narrator is. These conflicts flicker as irritants back and forward across the road between them. The narrator convinces himself that it is surely only a matter of time before John realises that, in a life of bikes, he will eventually want to engage with and understand the machine on which he rides; if only so that he can have a go at fixing it when it surely breaks down, miles from anywhere.

The shim moment is the practical situation which finally occurs, as an opportunity for the question to be tested. John asks for advice because the handlebars on his expensive BMW motorbike are coming loose. The nut one would normally tighten to fix the bar tight no longer solves the problem because the collars around the handlebars are pinched shut by that nut already. What is needed is a shim – a wrapping of solid material – to pack out the handlebars, making them fatter in the collar so that the collar, once loosened, could be tightened up to grip the handlebars solidly. The narrator seizes this moment and points out to John that he is going to have to shim the bars out. John engages. He asks what a shim is and then, when he gets the shim explanation, asks where he could buy one.

This is the critical moment for the narrator. He says that he has a shim. John is interested. What he produces then is an aluminium can; the material of which is perfect for packing the joint and making a shim. At this point John closes down. He is both unable to engage with this way of approaching the problem and, it seems, offended with the very idea that such an object could be used in conjunction with his beautiful machine. John withdraws from discussing the subject and avoids the original problem. In John’s world view there is no way forward with the narrator’s approach.

What the narrator then realises is that their viewpoints are fundamentally different. Whilst he lives in a world where all that matters are the qualities of the materials and what they do; a world defined as having a “classical” point of view, John lives in a world where he simply looks at what things are; the “romantic”. In the romantic world of seeing simply what things are, the very language of the proposed sliver of aluminium as a component of a better working motorcycle from the classic worldview doesn’t feature. In John’s mind what is presented is a drinks can, not a shim. In John’s eye, in the simplicity of what these things are on the surface, there is no match.

This clash is so even though the mis-match could easily become resolved by third party action. If someone had cut out a section of the can, stripped it of paint, worked on it, shaped it to fit and perhaps presented in as a shim in an official parts package with a good story and a stock number then it may well have become prized. This brilliant approach is not going to work now. This realm of possibility has been locked off because the discussion has moved out of a world of actionable objects that exist. You can throw reason and reality at the problem but John is not open to that as a way forward. This is not a question of substantive reality but rather a question of difference in how each engages with that reality.

Motorcycle maintenance is of course a metaphor and I am not just about to prise open my phone or recommend that you must go on a mechanics course. There is more of an underlying question here as to when we might benefit from knowing more about the object on which we ride metaphorically and how we might resolve what are labelled as romantic and classical ways of looking at our challenges. I would hazard that there will be things in each of our lives about which we could know more. Our joy in that thing and our resilience to develop with it would benefit thereby. I certainly feel that way about my new website, which I am currently building myself, and am also starting to feel that way about music. The ability to know a thing deeply helps us in other areas.

I wonder then if we each do enough enquiring about the things in life that trouble us. In a world where Brexit apparently simply means Brexit and even now “negotiations are negotiations” (Theresa May in Commons committee yesterday) there does seem, in the general decrying of experts, to be more and more reluctance to engage in the “classic” layer below wilful surface thinking. If we are unable to lift the lid and look at what is really going on in terms of function, connection and purpose how will we ever solve these problems relating to these things when they occur? At least if we have a model, another place in our lives where we do this, then that practice of classical thinking might help us in other areas.

Likewise are there also classic adherents who would benefit from a more romantic view occasionally? Perhaps the wider issue here is that it is too easy to get stuck in one way or other of being. If we were able to see both our own positioning on a particular topic and the benefits of each approach then we gain flexibility and loose our defensive fixity in a flash. As a classical technician, do we have enough ascension to the romantic in our lives so that we understand the clarion call of the great poetic vision?

The long tail to this is even deeper over time. Even if we can solve the handlebar problem like John by throwing cash at it, how long will that approach last? First remember how dependent we are on an engineer who can fix it being available. Then think about the sucking of teeth that the expert does whilst surveying any problem, as we rapidly loose sight of how big the hole is that we are throwing cash into. Unless we know something about the thing itself, the hole can easily grow to a size that we no longer understand and where the sucking of teeth can only terrify us. At that point we are in danger of spending millions designing the gravity pen when a pencil would do without knowing it. At some point we are in danger of going blind if we don’t develop these skills.

Much worse though is the bigger thing that then hoves into view. This all works to a point when the thing we are riding is not ours. This is why politicians, as temporary guardians of stuff they don’t own, can be such annoying fiddlers. The question entirely changes when we really start to really care and we do this for one reason – when we are riding a thing that is very definitely is ours the stakes are substantially higher. That thing is, most obviously, our own life. When the motorcycle handlebars of our own life fail it helps to know how to make our own shim. By learning how to make a shim out of a drinks can we then learn how to engage with the engineering of our own lives. That fix is a thing we definitely need to be able to fix ourselves.

In matters of our own lives and in a world rocked by more and more mental health problems maybe we should all start thinking about the shim questions in the functioning of our own lives a bit more carefully. Living like John, on the surface, expecting a mechanic to rock up and fix it for us when it breaks down might be a dangerous, expensive and ultimately fruitless strategy. In matters of our own lives do we invest enough in the nuts and bolts, the very shim of the machine? Doing so from time to time might be what saves us.