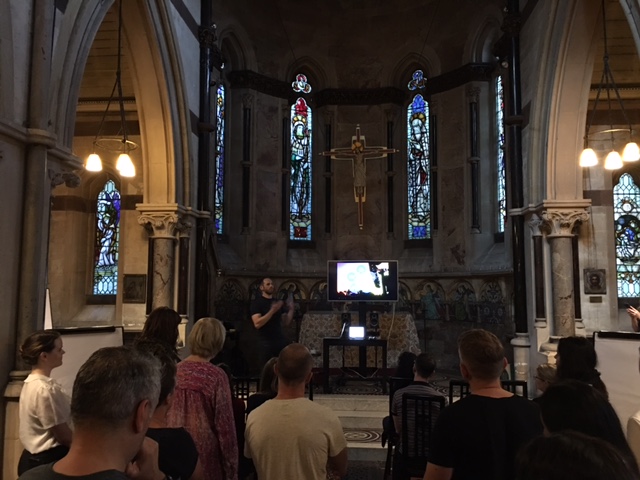 Breathe is a new way of coming up with, testing and starting to implement new ideas, developed by Tim Hole.

On Tuesday I got to see the method in action in a session with The House of St Barnabas, a charity and members club in Soho, London who support the homeless to break the cycle of homelessness and to get back into work.

How do we get more employers for our graduates to work with?

The process has five stages. 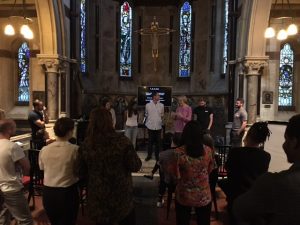 This is the part where the core ideas are birthed. It starts with a minute of silence – the “1” – during which we all have time to think of an idea that answers the set question. I was pleased when an idea came to me almost immediately but even then the minute was useful to refine the initial thought and to think how to best share it. Next is the “2” – here we find a partner – ideally who we don’t know and even more ideally who is as different from us as possible. We share our ideas and between us pick which one we think is the best. We then join another pair to form the “4” where we do the same again, coming up with one idea between 4 that we all like. The idea that emerges can also be a combination of the best bits of our ideas reached by consensus. One person from each 4 then presents the ideas to the whole group 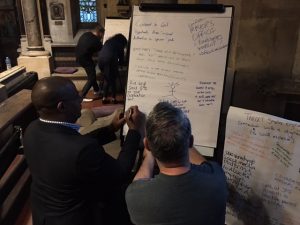 In this part we get to circulate around the ideas and to discuss and contribute our thoughts on them. Each idea is briefly summarised on a whiteboard and we are encouraged to write our enhancements down as we circulate around them. We had seven ideas and the room was busy as we all navigated our way round a number of times. The whiteboards got filled quickly and every idea soon had two pages of iterations. 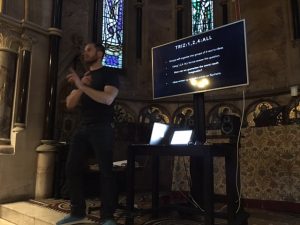 Tim told us that “Triz” is short for a much longer word but I thought of it as a kind of Idea Triage in that we were encouraged to check the idea over to spot anything that might fail to become a reality and to bring up anything we were doing now as an organisation that might prevent it from happening. It worked as a both a reality check but also, and probably more importantly, an opportunity for all the resistance to change and any pessimism to be heard. If we thought something might stop the idea we had our chance to voice it. These issues got captured on a third sheet of whiteboard paper. 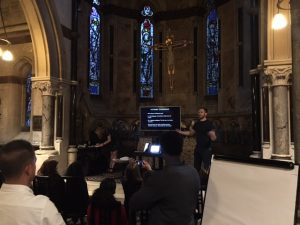 In this stage we got to vote for the best idea of the seven. We did this by placing our scores on a scale of one to ten on a card with any comments and handing this in to be counted. The voting was also done on a “resistance” basis where the low score won. If we had a low resistance to the idea we gave a low score whereas we would give a high score to an idea we would wish to block. In practice there was a clear winner and two runners both of which contained good ideas themselves that the winner might incorporate. One thing we didn’t do was to analyse or debate all the detail too much. This was very much an action based exercise in which the time – two hours of our evening – passed very quickly. 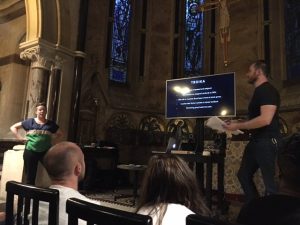 In this final stage someone is chosen to be the Directly Responsible Individual – the “DRI” – to take the idea forward. Two coaches are also appointed to help the DRI carry out their responsibility. In this stage the DRI – Amy from The House of St Barnabas in this case – gets to share their concerns and to ask for help from both the coaches and the rest of the participants. Because everything we are doing, including this part, is action focussed we are left with the feeling that this idea, which we helped to birth, will now happen.

I can thoroughly recommend the Breathe process – if you want to get ideas shared and developed its a great system to use.