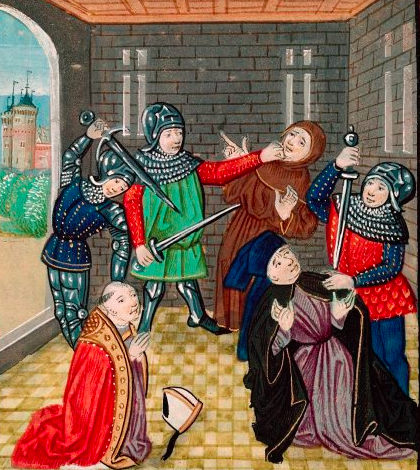 Vladimir’s Choice is based an Eastern European fable. In the fable, God appears to Vladimir, a dreadfully impoverished peasant, and says to him “Vladimir, I will grant you one wish. Anything you wish for shall be yours.”

Vladimir was naturally excited with this promise however, as Vladimir started to turn over the myriad of possibilities in his head, God added one small caveat, by going on to say “Anything, I grant to you, I will give to your neighbour, Ivan, twice over”. On hearing this Vladimir paused and thought deeply in silence for some time as God waited for his answer.

Finally, Vladimir said “OK, God, gouge out one of my eyes”.

“Minimal Group Paradigm” is a theory that was first developed by Henri Tajfel, a Polish social psychologist who survived the Holocaust before settling in Britain. What Tajfel found in his research in the 1970s was that it took very little for people to differentiate into groups. Tajfel, for the sake of his research, divided groups of students on an arbitrary basis. Once in groups, we rush around rationalising all sorts of reasons why we should stay in these arbitrary groups. Group identity, it seems, abhors a vacuum.

Once divided, we of course tend to favour our own group but, what is more, it is immediate relative gain that is then more important to us than absolute overall gain. In a series of numerical games Tajfel showed that the one thing we never do is to seek to maximise the overall outcome for all. Thus, even if we could all be better off, we’d prefer not to be if that means the other group would do better. Like Vladimir, we’d prefer to gouge out our eye if that is the strategy that makes us better off relative to the other group. This is Vladimir’s Choice.

The surprise is not that this is a trap but that it is a trap that we keep falling into. Once divided, our desire to be in the dominant group can easily be aroused as we are kicked into the default underlying message; that this is a battle and that subjugating others is the way to win. We will, as Tajfel found, fall into this behaviour rather than looking at any question of how helping others might, in turn, make all of us better off.

A question that we can therefore apply to any situation is to look at how we have been divided into groups, be that country groups, immigrant and non-immigrant, religious groupings or any other arbitrary division. Onto that we might ask ourselves, rather than seeing the things that might be said to divide us, what do we, humans all, have in common? Eventually, by shrinking the divide and by seeing how connected we all really are, we might realise that if we all gave more to others we will in turn be given more ourselves.

We are no longer starving peasants, living and dying by the sword and all we have to do, to stop falling into the trap of Vladimir’s Choice, is to see the trap and to start stepping around it.

Illustration: The murder of the Archbishop of Canterbury from the Chronicles of Jean Froissart, British Library MS Royal 18 E I, circa 1483.