The Secrets of a Powerful Networker 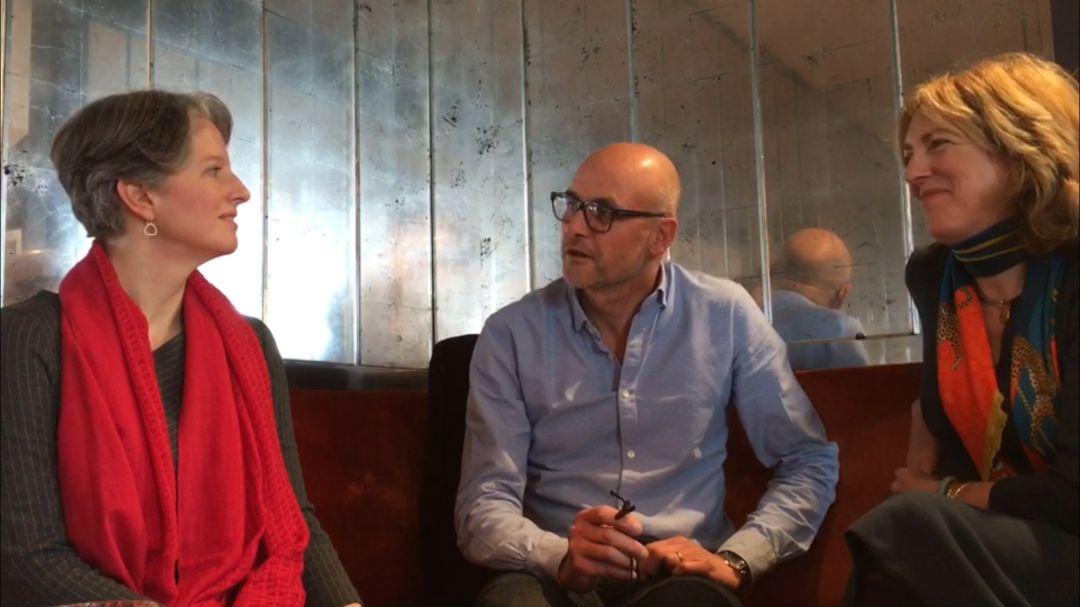 At a recent event, I was lucky enough to be part of a conversation between two highly successful women, Katie Driver and Amanda Pelham Green. With a certain frankness, our conversation quickly turned to networking itself.

Katie had the courage to say that it was something she found challenging. At this point, Amanda spoke up. Amanda is a consummate networker and natural rainmaker and, in a moment of generosity, offered to meet up with Katie to talk about networking and the link to business development that it offers.

By this point, I could see that this was a topic with much wider ramifications and that both women had unique perspectives so in a moment of madness offered to host and curate the conversation with a view to sharing it more widely. Fortunately the pair accepted and this piece and the video below are a short summary of what emerged.

What was notable straight away in our subsequent conversation was the particular focus which Katie was bringing to networking. She talked initially about making sure she had something to “give”. Katie was looking to have a definite thing about her that she could pitch to others. We saw the contrast immediately because Amanda’s approach was entirely different.

Initially Amanda didn’t think about business or what she could offer at all. She explained that what she focuses on is enjoying the conversation and building a relationship. Once she gets the conversation going and gets the person to talk, she then starts looking for connection.

If the other person asks Amanda what she does her first instinct is to steer the conversation away from herself. When she does have to answer the “what do you do” question she will say she is a coach. This provides a first key touch point but she”l also tell the person her “why” – something she’s passionate about. At this point she might share a story about a recent experience as an example. She says little about herself and instead just tells a story about something she’s done.

Amanda’s focus is very much on the other person. She’ll only offer something if it connects to something the other person says. What she also does is to make sure she leaves the person with something memorable about her. It could be something a bit unusual but it’s always something that’s personal and she’s happy to share. It lets people know she’s different.

One of the themes was Amanda’s preparedness to walk away. If she feels that the particular situation is unlikely to result in a good relationship for Amanda she is happy, perhaps indeed grateful, to accept that. Although she’s committed and wants to be clear how she’s different she’s not attached to the outcome of any situation. It’s the quality reciprocal relationships that she is after.

Amanda shared with us the words of Christian mystic Thomas Merton:

Do not depend on the hope of results… you may have to face the fact that your work will be apparently worthless and even achieve no results at all, or perhaps results opposite to what you expect.

As you get used to this idea, you start more and more to concentrate not on the results, but on the value, the rightness, the truth of the work itself… you gradually struggle less and less for an idea and more and more for specific people. In the end it is the reality of personal relationships that saves everything.

For Amanda this relationship focus is something she does everywhere; she’ll do it in Snappy Snaps or at the train station. It’s not something she puts on occasionally. It is the way she is; looking for a conversation, then connection, then depth, something memorable. She’s even given her card to a student on the check-out at the supermarket after a conversation about future careers with an offer to help. Amanda also has a focus on giving encouragement as opposed to praise. There’s a subtle difference but her emphasis is on specific thoughts of focus or challenge.

Katie picked up strongly on the sense of confidence that Amanda exuded. We then talked about the sense of rich hinterland she felt Amanda had. I then picked up on this as a key difference between the two women. My feeling was that both had it in spades but that in the eye of the beholder, Katie played her rich experience down whereas Amanda let it shine.

We looked at the crucial difference here and in the honesty of our session it soon became clear. For Katie her sense of purpose and worth was used to being tied to something concrete; her skills and experience. In a horse and carriage sense, Katie’s skills and experience were the horse whereas her confidence could end up as the carriage. This approach works technically but in a networking sense risks making our confidence conditional on finding that concrete thing.

For Amanda her relationship skills were leading, up front. This seemed to be what resulted in the air of confidence she exuded. What it meant was that her specialist skills didn’t need to be on direct show. Because there was no conditionality to them you already felt that Amanda would be able to sort any problem or, with her ability to pick and choose, perhaps to tell you that she didn’t know but knew someone who did. This important distinction was at the root of why it felt different.

This was an important contrast in each woman’s approach. Amanda anchored her confidence in her ability to forge relationships and coupled this with a loose attachment to what she’d find. For Katie the confidence anchor she was used to having was based more on her expertise which by its nature tends to look for ways to prove itself. This model, which is common for those of us with specialist or expert skill bases, can sap a lot of our energy if we let it. It helps to be aware what it is doing as it can easily work against us and undermine our sense of confidence with its conditional nature. The trick is to shift our confidence anchors, to one based more on our ability to cope and to improvise.

The breakthrough here is to realise that this is not a specific professional networking skill but rather a set of behaviours that we can practice anywhere. We were, after all, born curious. Many of us just lost or dampened that curiosity and desire to connect, later on in life. The number one lesson here is to find a way that works for you to re-engage with your innate relationship building skills in a way that is authentic for you.

We finished the conversation with a few short reflections on camera to record both Katie and Amanda’s key findings.